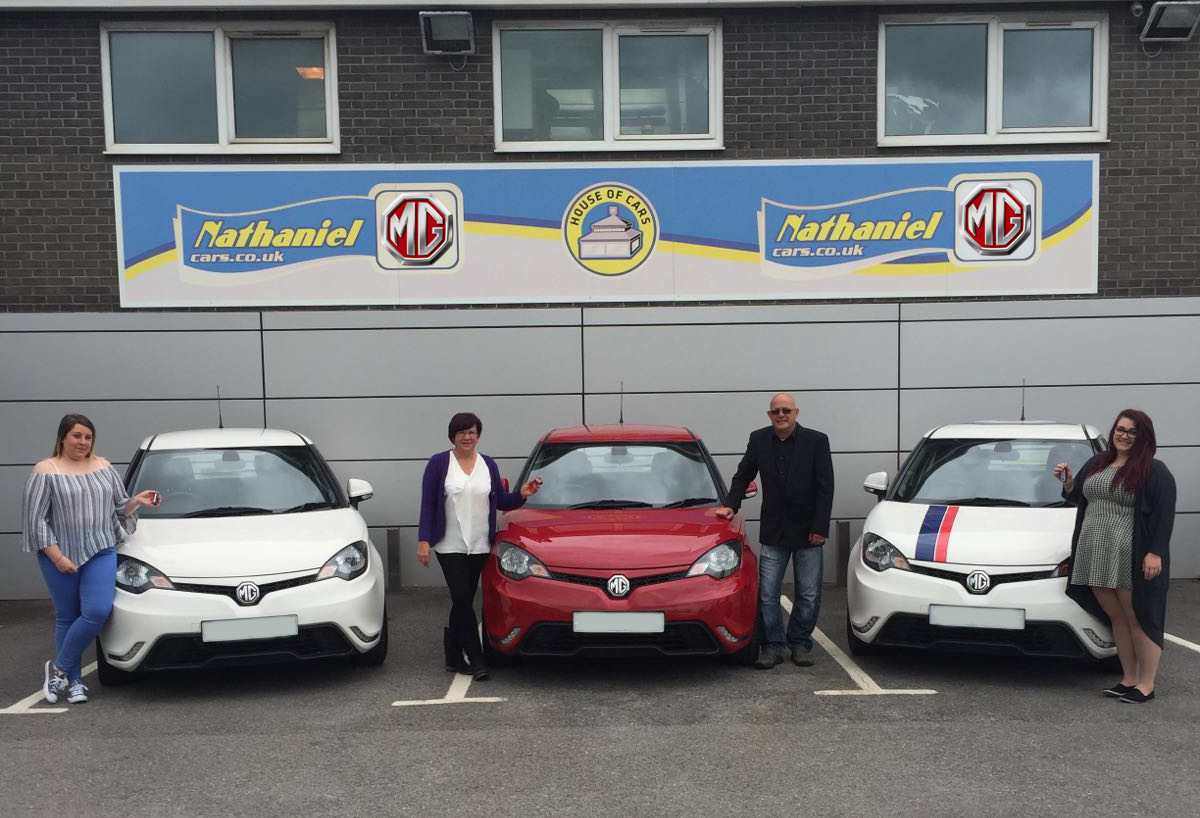 A chance moment hearing an MG advert on the radio led to the Dyer family buying not only one, but three MG3s – and they have just added an MG6 to the collection.

Earlier this year, Danielle Shearing (nee Dyer) was on her way out with her parents, Mark and Kath, to buy a new car. Just at that moment, an advert from local dealer Nathaniel Cars came on the radio advertising the MG3. After hearing the low price, Danielle headed straight to the MG dealer and took a test drive. After falling head over heels, it wasn’t long before she was signing the paperwork.

Kath Dyer, mum of the family, decided at that moment she wanted one too. Kath, who is a bit of a local hero in South Wales, is a Senior Sister in the A&E department at the Heath Hospital in Cardiff and is a Major in the Army Reserves – touring to Afghanistan in 2008 and 2012.

Opting for something a little comfier than the convoy vehicles she’s been used to, Kath signed the paperwork alongside her daughter for their brand new MG3s.

Danielle said: “I absolutely love my MG3! It’s the first new car I’ve owned and it’s really great. What’s so good about it is the affordability, when Nathan at Nathaniels worked up the quote for me I was shocked but so happy that I could afford it.

“My friends and I are planning a fun day out soon and I’ve already volunteered to drive. Although one of them has literally just bought an MG3 herself, so I think we’ll be fighting over who actually gets to drive!”

Danielle and her mum had barely clocked up any miles in their new cars before Kayleigh Dyer decided she wanted one too – adding a third MG3 to the driveway. Feeling somewhat left out dad, Mark, decided to go out and treat himself to an MG6!

Matthew Cheyne, Head of Sales and Marketing for MG, said: “As far as we’re aware, this is the most new MGs in one household. This fantastic story certainly reinforces our affordable family fun message.”