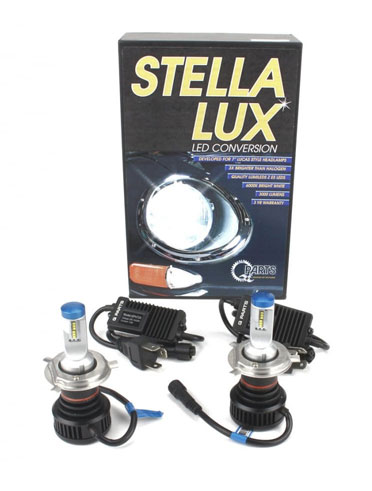 In the April issue we report upon the changes to the MOT Test where the new rules dictate that any headlamp converted from Halogen to LED was to attract an automatic fail.  This then brought the test rules into line with the automatic failure of HID conversions that had applied since May 2018.

The nature of the changes raised some questions as we discuss and anticipate there would have to be clarification and that clarification arrived two days after the April magazine had gone to print.  The clarification has now made the issue of LED and HID headlamp conversions crystal clear.

In something of a surprise, the Government has announced an effective U Turn and has now aligned the MOT rules with existing UK legislation.  The Road Vehicles Lighting Regulations 1989 gives various dates from which any light has to be approved and carry an approval mark and we mention many.  Not mentioned is that the requirement for headlamp bulbs to carry an approval mark commenced for vehicles first used from 1st April 1986 and that means cars first used before that date do not have to use approved bulbs.

The amended MOT rules effective from 22nd March 2021 now permits the conversion of any headlamp from an original filament type bulb to either HID or LED conversion AS LONG AS ALL THE OTHER MOT REQUIREMENTS IN RESPECT OF BEAM PATTERN AND CONTROL ARE MET.  Please see MOT special notice 01-21: headlamp conversions - GOV.UK (www.gov.uk)

This ruling also finally gives definitive clarity to the vexed question of the legality of the wide range of HID and LED headlamp conversions and puts in place the sensible situation that if the converted lamp doesn’t dazzle and complies with all MOT testing requirements it is acceptable to use on these older cars that are the most restricted in their standard headlamp performance.

To clarify that ‘first used’ description simply means that any MG (or other car) that is first registered before 1st April 1986 can benefit from the use of a quality LED headlamp conversion such as the excellent Stella Lux conversion offered by MGOC Spares, meaning many more MG owners can benefit from better headlamp performance and improved safety as a result.