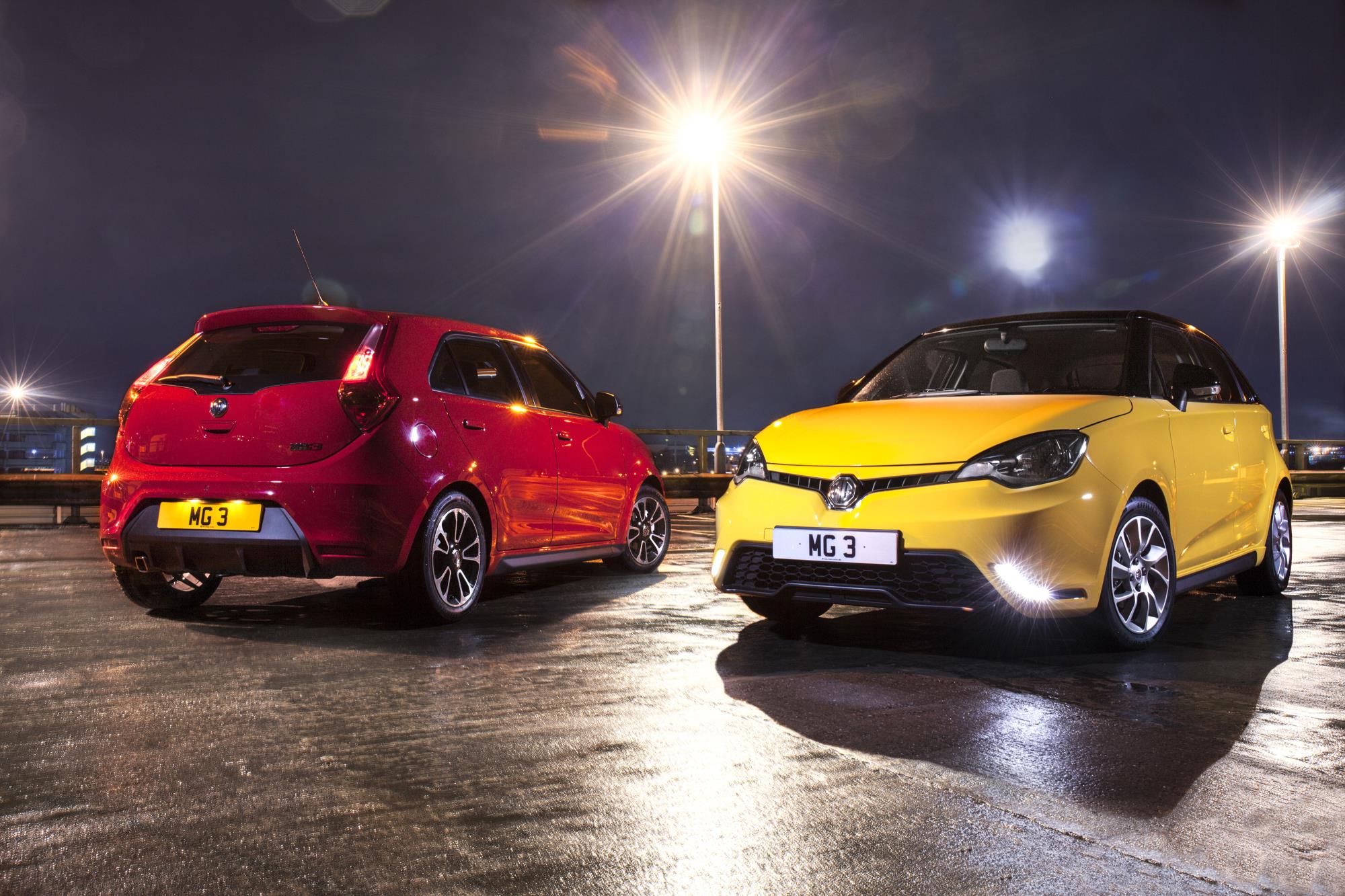 Both Autocar and Auto Express have showered praise on the value-for-money of MG cars, with the MG3 being singled out as a “24-carat bargain” across the entire new car market.

In an Autocar special investigation to find the best value cars in Britain, the highly-respected motoring guru Andrew Frankel, wrote: “Just one of our selected candidates charges less than £100 for a single horsepower, that car being the astonishingly cheap MG3, the best bang-for-buck value car not just in this class, but also across them all."

Frankel says any car that can deliver this sort of value-for money is a “24-carat bargain.”

Auto Express has carried out a huge survey to find the best 50 top deals on cars ahead of the September plate change. Again the MG3 is highlighted among the front runners.

Their special consumer report says: “With its attractive styling, roomy cabin and fun to drive, the MG3 ticks the important boxes for many people.

“MG3 3Form trim brings air-conditioning and a DAB radio. Deals are keen, thanks to MG’s £900 deposit contribution. Putting down £2,948 cuts monthly payments to £159.  All this and insurance is free for the first year.”

Auto Express’s Consumer Editor, Joe Finnerty, said the magazine trawled through manufacturers’ brochures and websites in the search for the best offers in the market. Just 50 made the grade.

Meanwhile Autocar highlighted the newly-launched MG GS in its assessment of SUVs and crossovers on the British market. The MG came under the heading of “SUVs sold for their honest, no-nonsense, rugged appeal” and was shown to have a cost per horsepower ration of £92/bhp the second lowest in the report.

Matthew Cheyne, MG’s Head of Sales and Marketing, said: “For two of the top motoring magazines in the country to write in such glowing terms about the value that MG offers is terrific news.

“Giving the customer exceptional value for money is a key part of what we are all about and it’s gratifying to know that some of the most respected motoring journalists in Britain have recognised this.

“MG, of course, gives you so much more than just great value-for-money. Our cars are great fun to drive, the design is fantastic, comfort levels and equipment levels are class-leading so MGs give an all-round brilliant package.

MG’s sales are climbing with 2016 set to be the best year ever since MG Motor UK was formed. While the UK car industry is currently increasing by an average of 2.8 per cent, MG growth is more than five times that level with official figures showing the brand is up more than 15 per cent so far this year.

MG dealers among the best in Britain

MG dealers are celebrating after an outstanding result in one of the toughest consumer reports in Britain.

The brand has rocketed up the dealer charts in the highly-prestigious Auto Express Driver Power awards for 2016. With a jump of eight places, MG now sits 12th in the league with an overall score of 90.54%.

MG is continuing to grow its network of dealers and new dealerships have opened recently in Swansea, Bradford, Ayr, Warrington, Epsom, Wolverhampton and Brandon in Suffolk. More new dealers will be announced in the near future.

Matthew Cheyne said: “With increasing sales and a stronger dealer network offering such great after-sales service, the MG brand is getting stronger all the time.

“We are still building and maturing, but you can now feel a real tangible, growing public confidence in us and our products. It’s been hard work but now we are getting real results and are on course for a record year in 2016.”