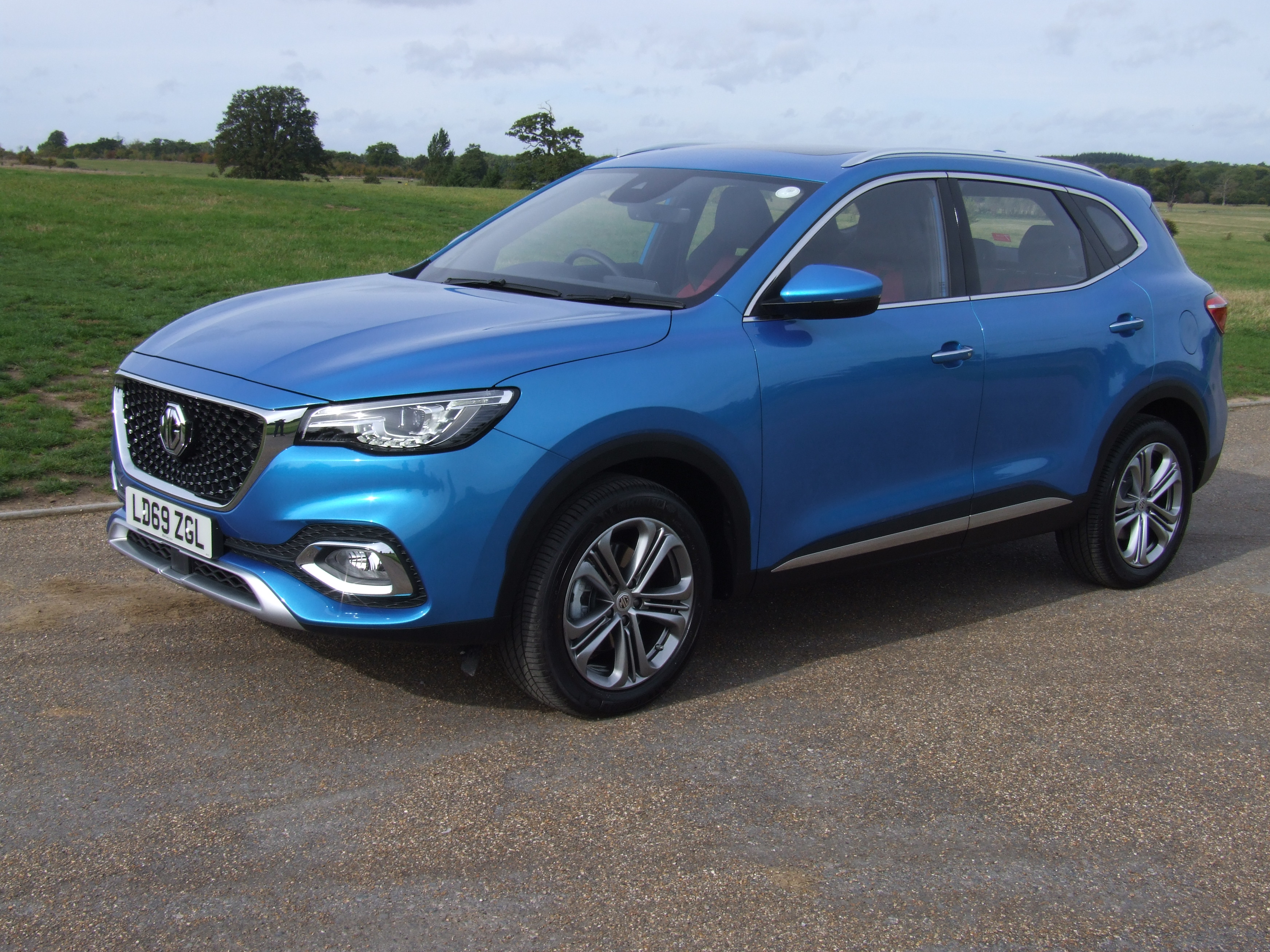 Wednesday October 9th saw the new MG HS launched in the UK and it demonstrated another significant step up in the product range of MG Motor, its fourth separate product with the other three consisting of MG3, MG ZS and then MG ZS EV.  HS is in the UK a replacement for the slow selling GS that first arrived back in 2016.  When the GS was launched it had some good highlights but the overall package failed to excite the market even though it was quite competitively priced. 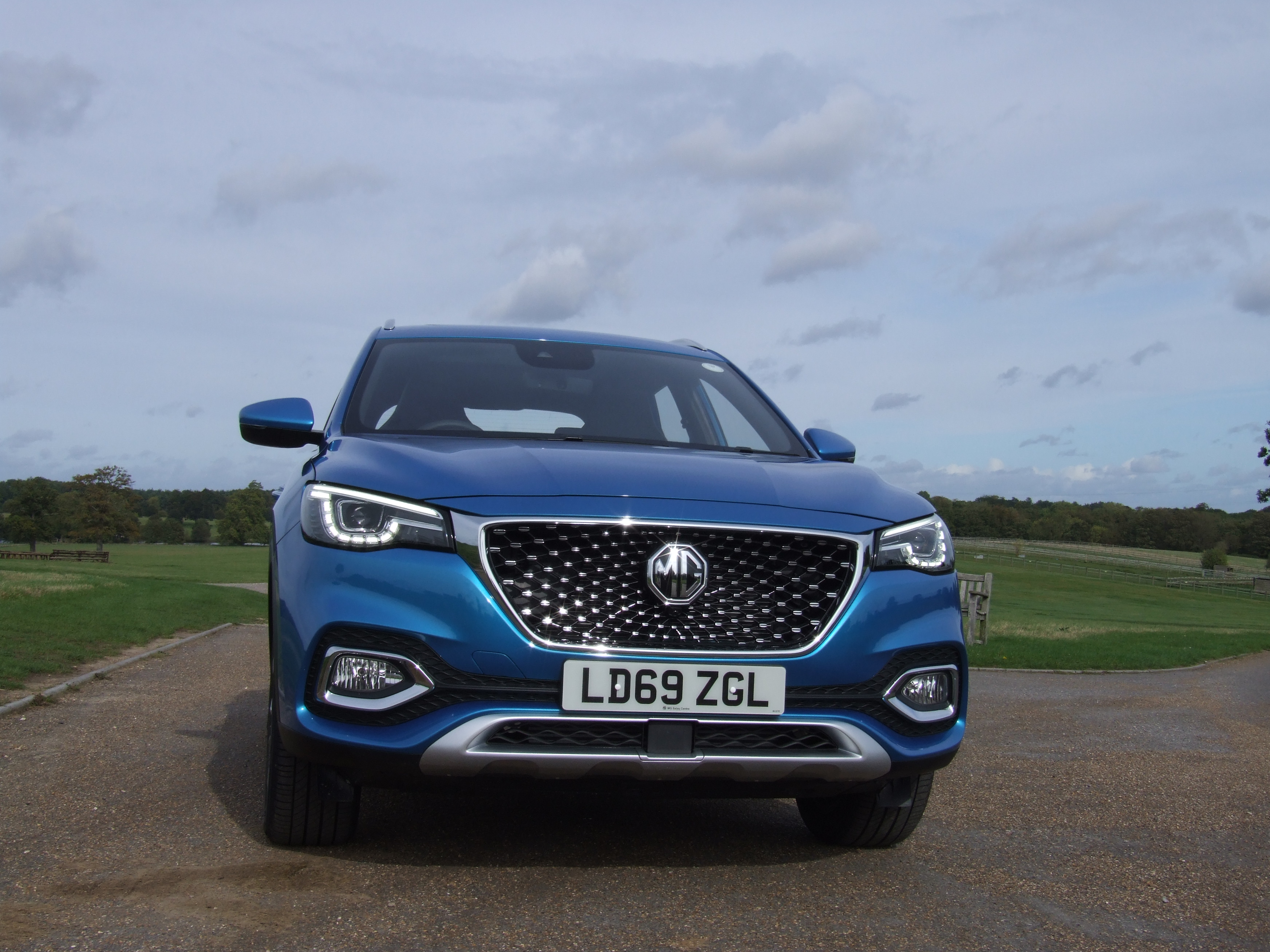 The new HS is not saddled with any ineffective hand overs and offers a very attractive range of models in the familiar Explore entry level that start at £17,995 only with a manual six speed transmission, rising through to the Excite starting at £20,495 in six speed manual form, or add £1500 for the seven speed DCT (Dual Clutch Transmission - AKA Auto).  Then the top of the range is the Exclusive that retails at £22,995 for the manual and the same £1500 premium for the seven speed DCT.

One of the aspects that surprised me in a positive way with the GS was the 1490cc turbo GDI (Gasoline Direct Injection) engine for its spread of strong torque and good power that was available during all normal driving conditions to deliver responsive performance.  This engine is carried over to HS in recalibrated form to comply with the new WLTP emission standards to Euro 6d, format (GS was to Euro 6b).  There is a very small penalty with a loss of 4bhp from the quoted maximum that is now 160bhp, but as the same 250 Nm of torque is generated over a very slightly wider rev band (1500 to 4400rpm) this peak power loss is simply never noted.  The seven speed DCT gearbox mapping has also been tweaked and it a smoother operator that in the GS.

Outside the new HS has the now familiar and liked current MG styling of a large open grille area a large MG badge front and centre.  The headlights follow a similar styling that we have seen in facelifted MG3 and ZS, but with more detailing and a stronger DRL pattern.  Headlamp function is bi functional projector lamps with bulbs on the Explore and Excite, but LED for the Exclusive.  Fog lights are also standard and have bright finish surrounds. 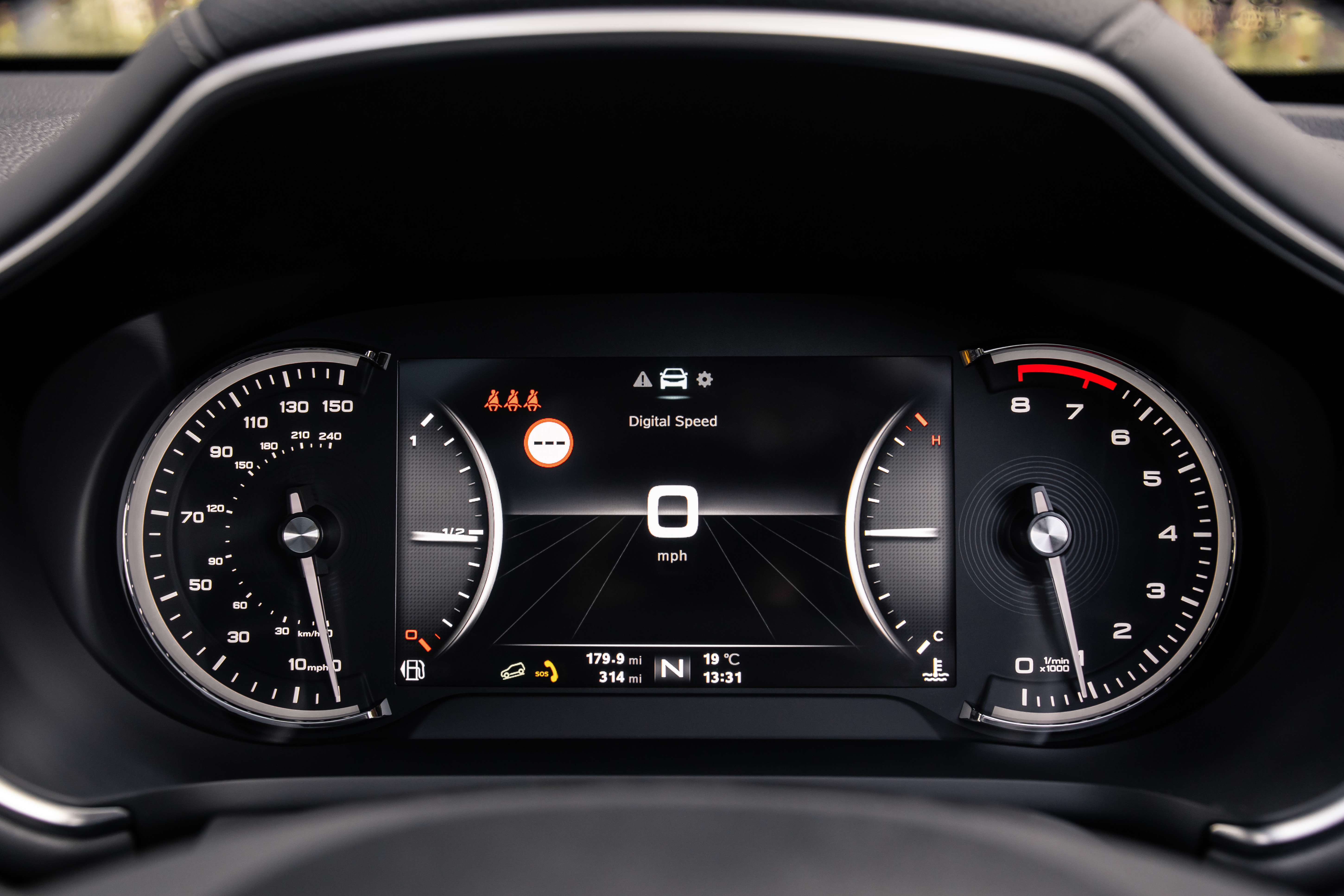 HS would at first glance look like a better equipped ZS until you stand the two models together when the HS detail then clearly shows along with the additions that raise its quality feel.  Inside that same view holds true with there being a real feeling of quality when you open the door and get in.  The very light and airy feel was assisted by the panoramic sunroof that let plenty of light in.

At launch there were only Exclusive models available to try and one of the striking aspects of this model are the seats which are full sporting style with integrated headrests in a typical competition style.  They are very comfortable and whilst most models had black leather treatment, there is also an option for some very striking contrasting leather centres to the seats which is carried over to the dashboard and door inserts.  Seat basics are well covered though with drivers six way adjustment and four way for passengers, with this being electrified on Exclusive models. 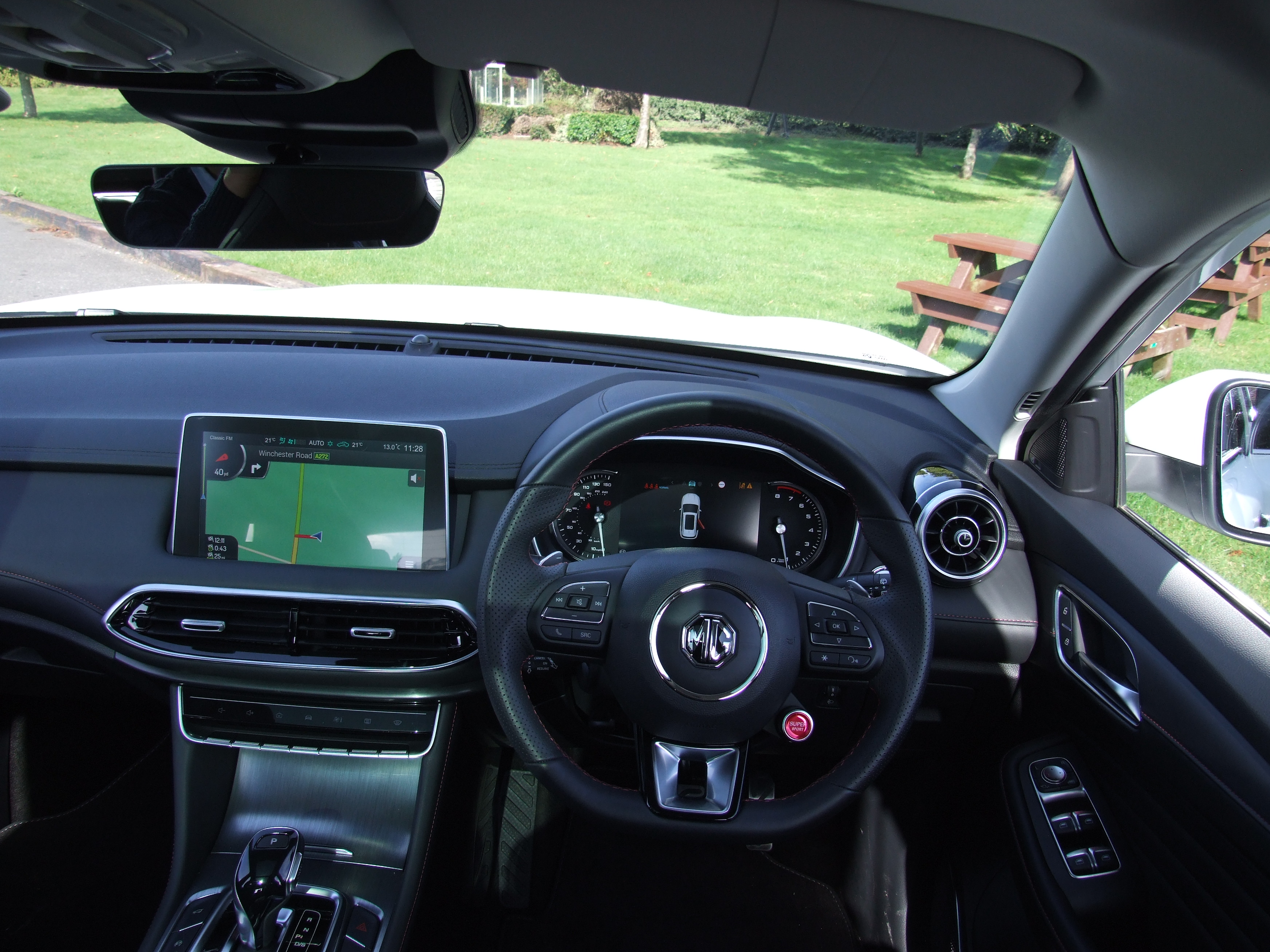 Driving the cars was easy and relaxing from the off with a quite different ambience and driving feel between the DCT and the manual cars.  The DCT had several driving modes and normal delivered a more than adequate availability to good throttle response and general performance, but engage Sport mode and things livened up significantly with also the availability of the steering wheel ‘flappy paddles’ that delivered responsive changes.  Pushing acceleration harder with the engine moving into the upper third of its rpm ranges and it became more vocal, but that was more noticeable from the very insulated and quiet comfortable progress under less enthusiastic driving.  There is also an ECO mode that really provides a ‘laid back’ degree of response to throttle inputs. 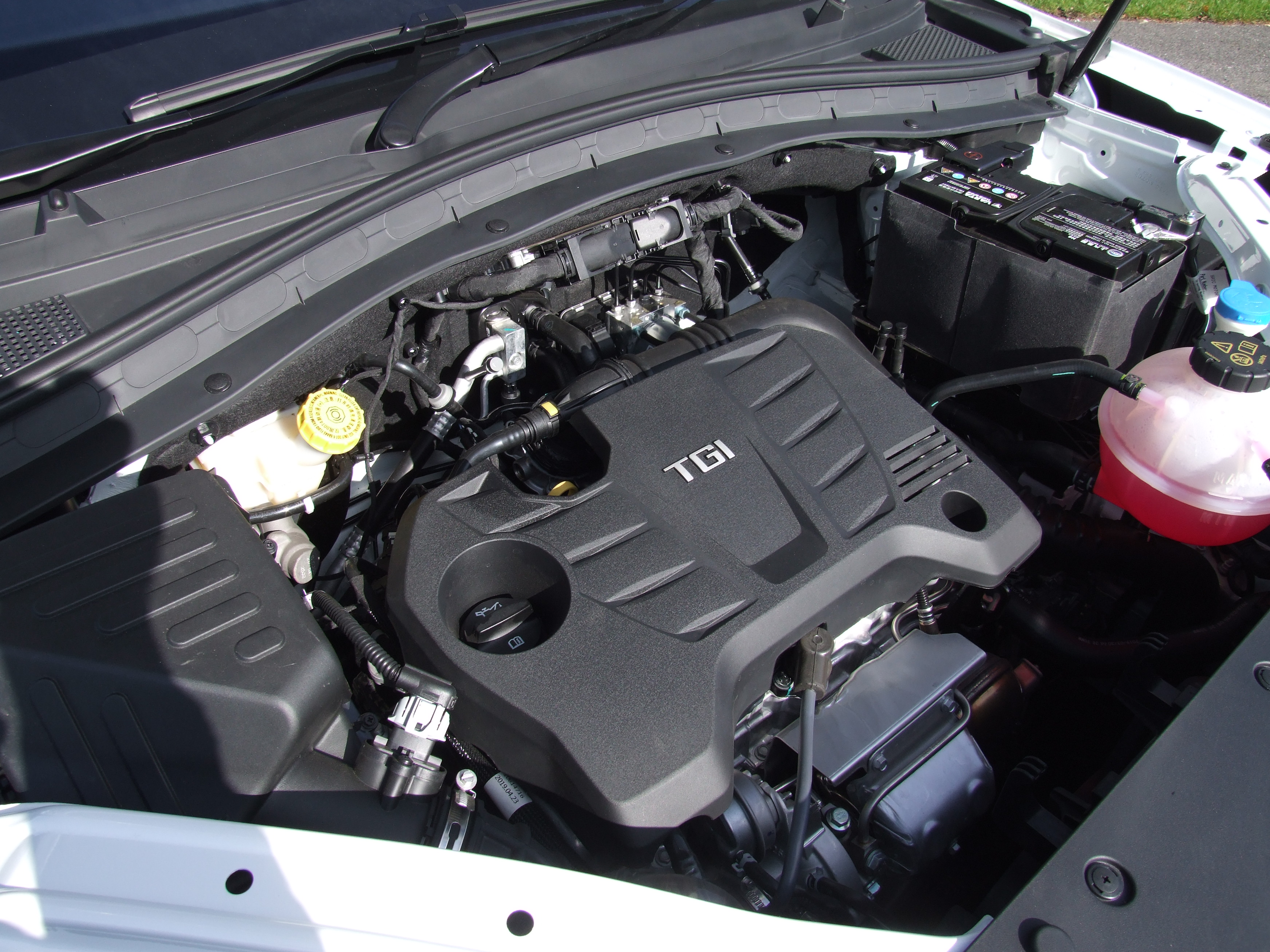 The manual gearbox version exuded a different character and this was a more overtly sporting one.  The gearchange was light and precise and the ratios well-chosen and delivered an indicated 70mph at around 2000rpm for easy motorway cruising, hopefully with an economy bonus. 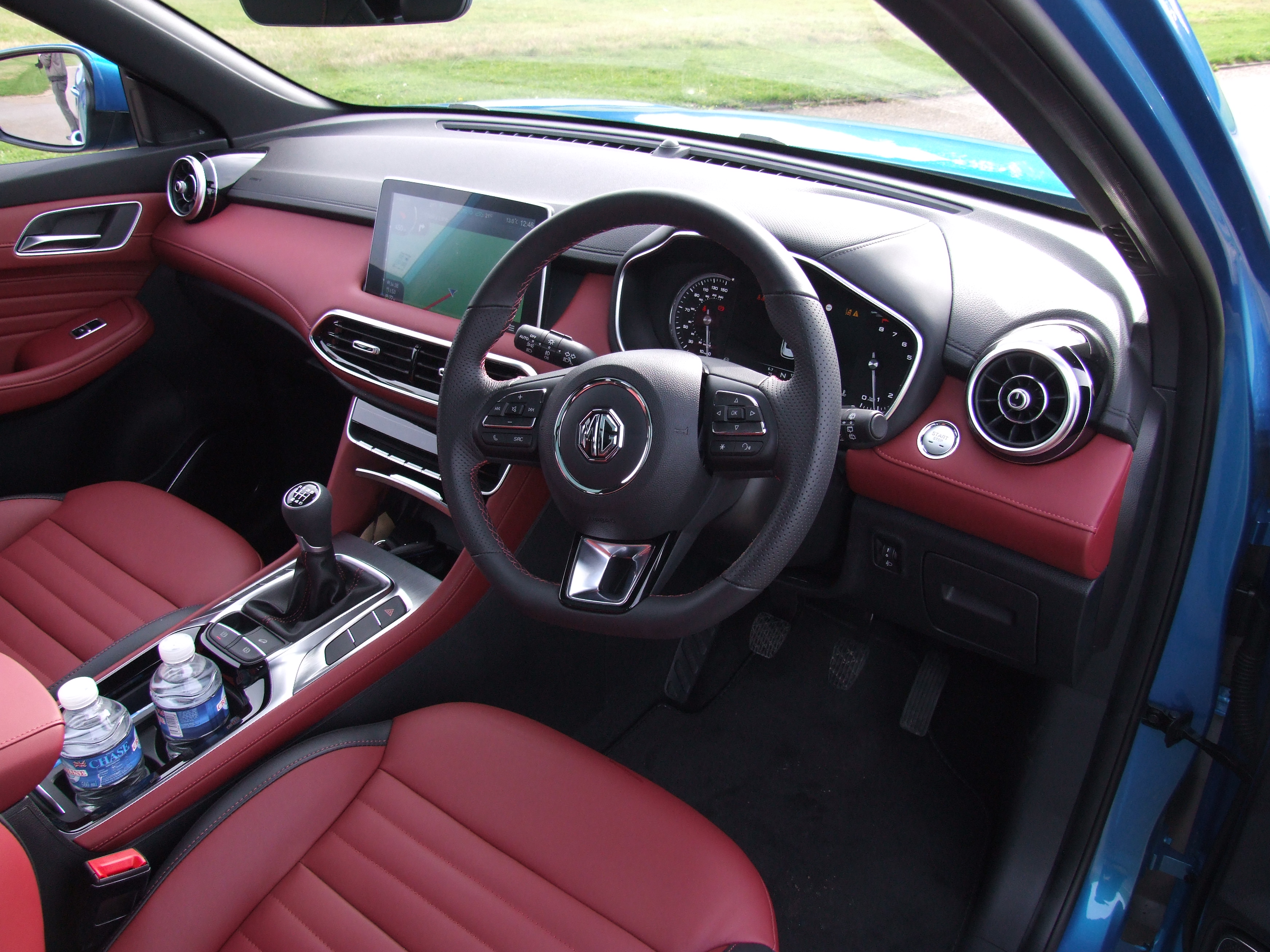 Ride was generally good although some minor surface irregularities could create a little less precision in the suspension and some sharper potholes generated some ‘crashing’ noise.  Steering was superb and the familiar leather bound corporate steering wheel continued to exude that quality feel and great driver interface.  Brakes were fine and more than adequate for our driving, except that at times at lower speed they seemed to lose a little feel, but only enough to note the change rather than any need to do something different.

The important stats show that the manual cars are rated under the new Euro 6d tests are 148 g/Km whilst the DCT cars are rated at 157 g/Km.  This does have an initial cost impact for new car buyers as 150 g/Km is the threshold between two tax bands, so the initial first year tax for the manual cars if £210, but for the DCT it is £530!

At the opposite end to emissions and economy is performance and acceleration is rated the same for both manual and auto versions with 0 to 60 said to take 9.6 seconds (0 to 100kmh 9.9 seconds) which compared to the manual ZS is only a second faster and both cars driven felt comfortably more rapid than this.

The cars will be available from MG Dealers from November and are well worth a test drive for those in this market sector and a fuller report will appear in a forthcoming issue of Enjoying MG.