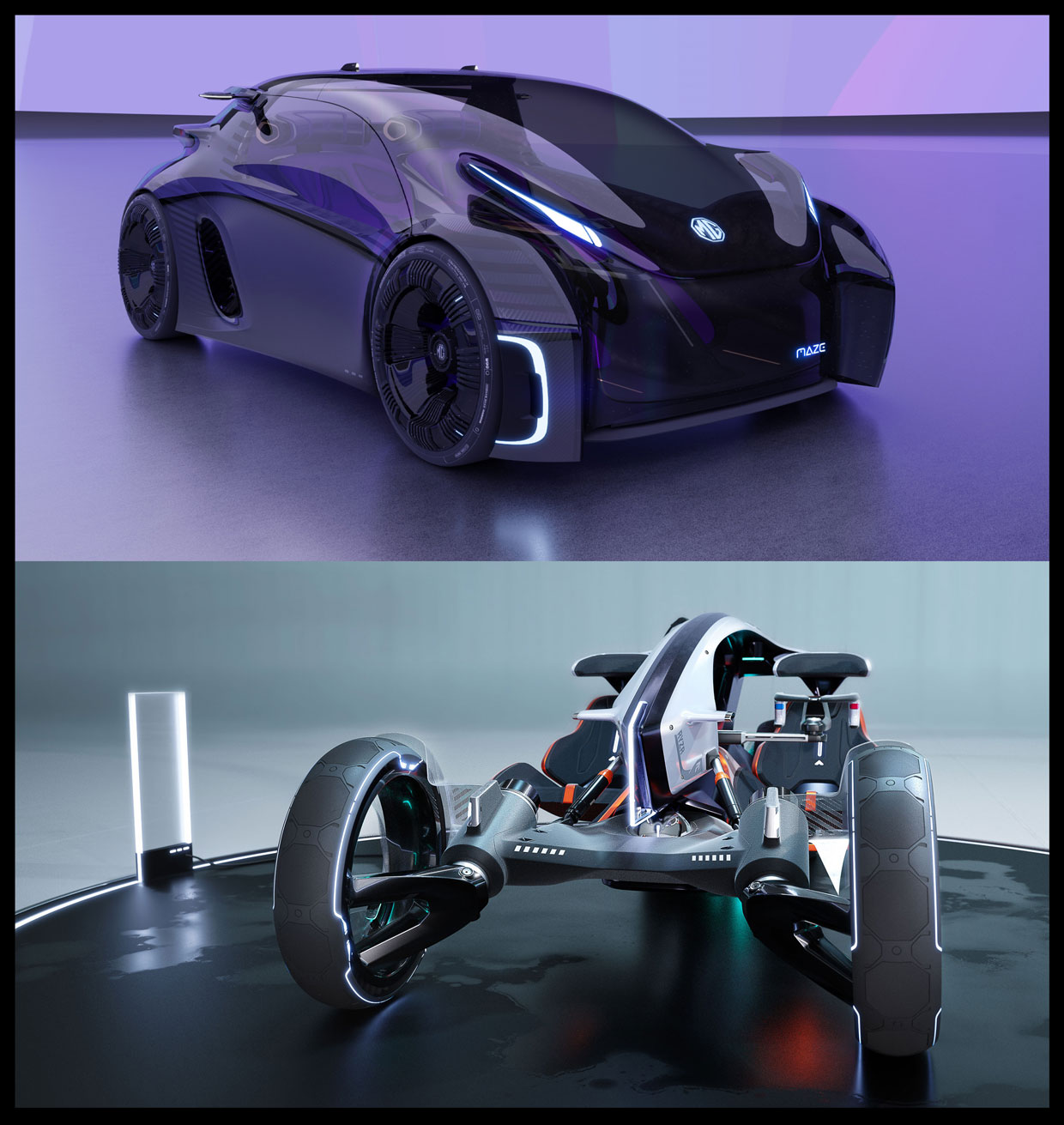 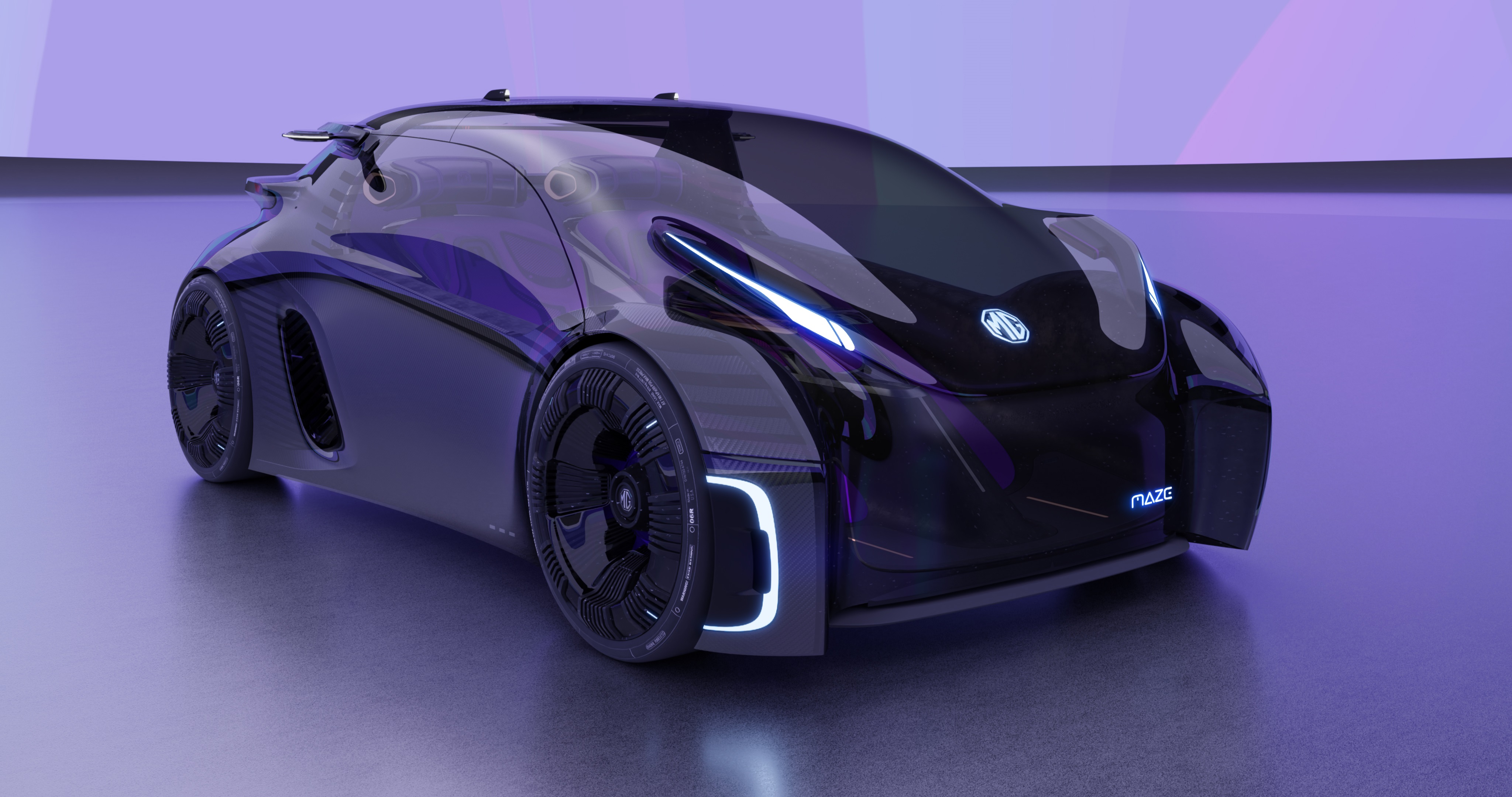 The MG MAZE is aimed at the next generation of car users and explores the future of city transport, bringing the fun and pioneering spirit that has always defined MG firmly into the 21st century.

Built around the tag line of ‘Get Out & Play’, the concept brings together mobility and gaming, driven by a consumer appetite for something fresh, bold, brave and exciting. 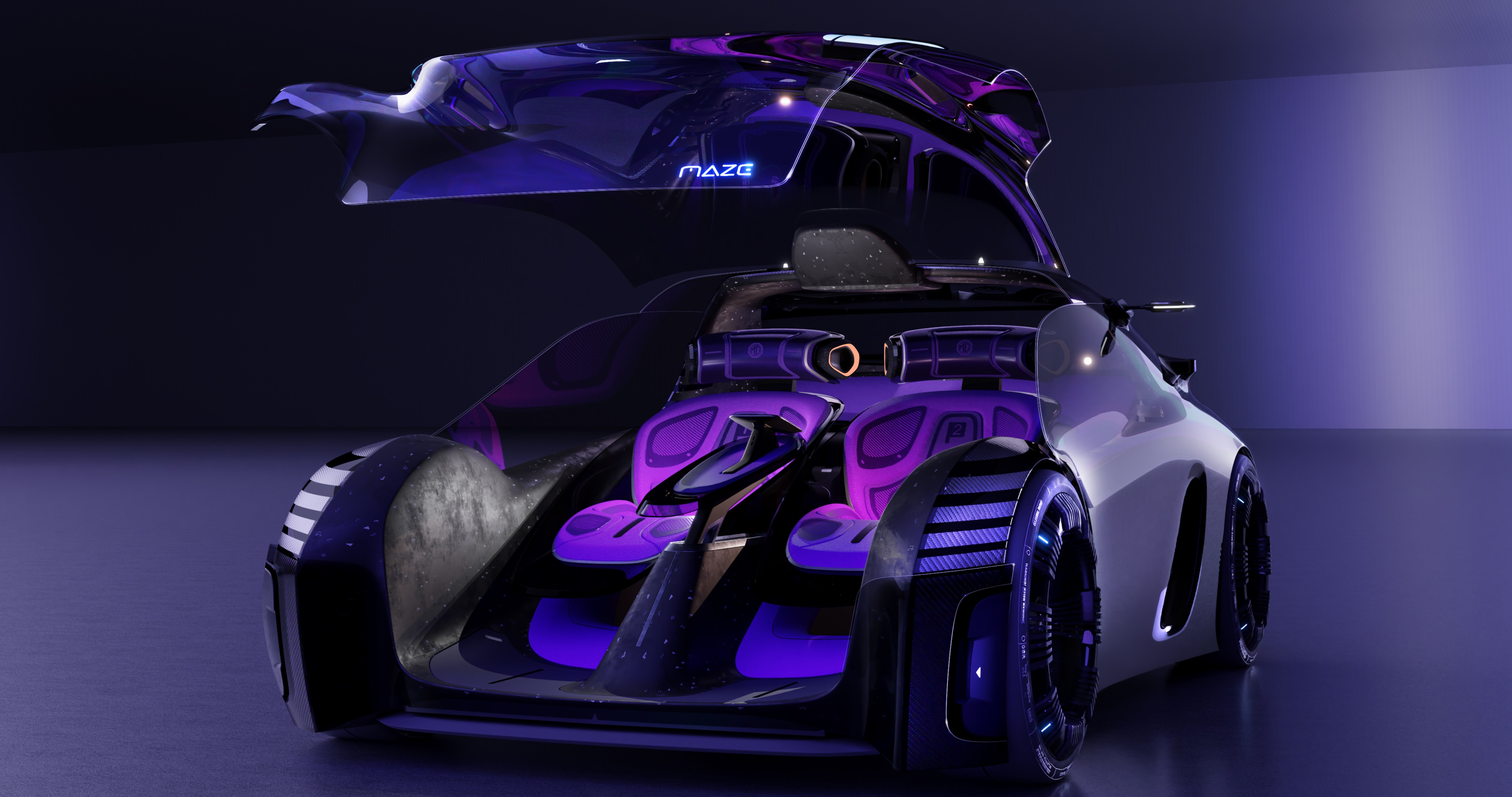 “With MAZE we wanted to consider what the future of a car community might look like, building from MG’s fan base and following. The move to digital is unstoppable, so we wanted to create a concept that connected this digital realm to the physical one that gives us the real joy in driving,” said Carl Gotham, Advanced Design Director.

“The concept is a reaction to our lives during recent months, where we have been met with restrictions and limitations on our ability to move around and interact. Exploring the idea of ‘mobile gaming’, we used MAZE as platform for people to get out and rediscover their environment in a new and relevant way, opening up new experiences with their city.”

The gaming aspect of the car reflects a desire to discover and reach new achievements, via a points-based reward system. Our car helps users to re-discover their city and their world by seeking exciting digital street art that is interacting with structures, buildings, and landmarks.

The MG MAZE is a compact urban two-seater capable of the utmost agility and functionality in busy urban environments. It’s core focuses are high-technology and emotional design.

The exterior features a transparent shell, emulating high end gaming PC’s with exposed componentry. Its outer surface is fluid and dynamic, exposing aspects of the chassis and interior design, that are otherwise hidden from view.

Inside, floating seats and UX/UI technology have been developed, enhancing the gaming aspect by giving a fun and enjoyable driving experience, while the steering is controlled not by a steering wheel but by the driver’s smartphone. 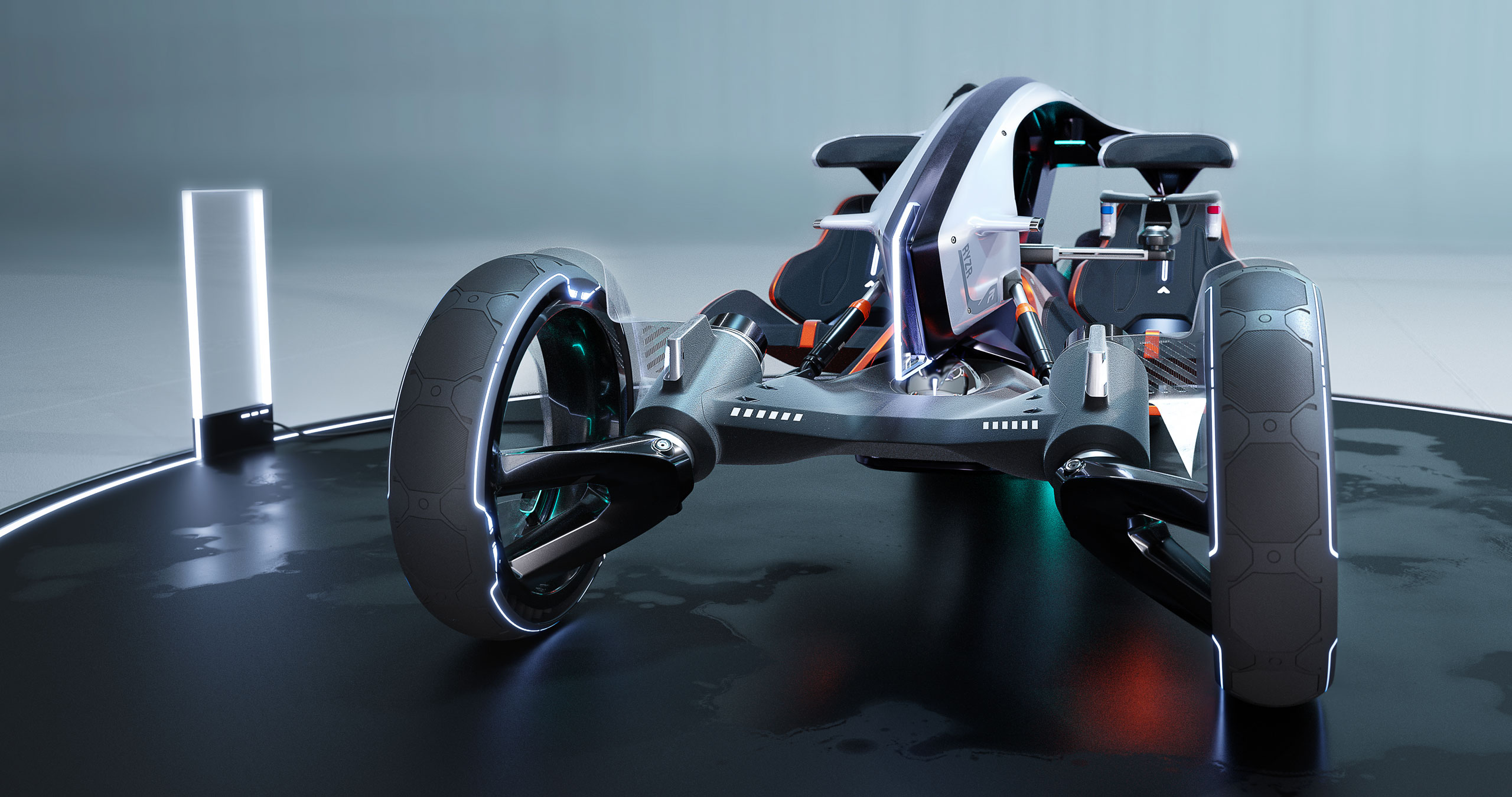 A fusion between a car and a motorbike, the R RYZR – developed for SAIC’s EV-only ‘R’ brand - is the ultimate symbiosis of man and machine: a car that you actually wear. It features a jacket and a vehicle that interlock to start it, with no need for a key.

Designed to recognise the shift away from crowded public transport and the need for more instinctive experiences, it offers an escape from crowded spaces by combining cutting-edge technical apparel and augmented reality.

It also shares the brand philosophy of ‘R’ – that of effortless power. 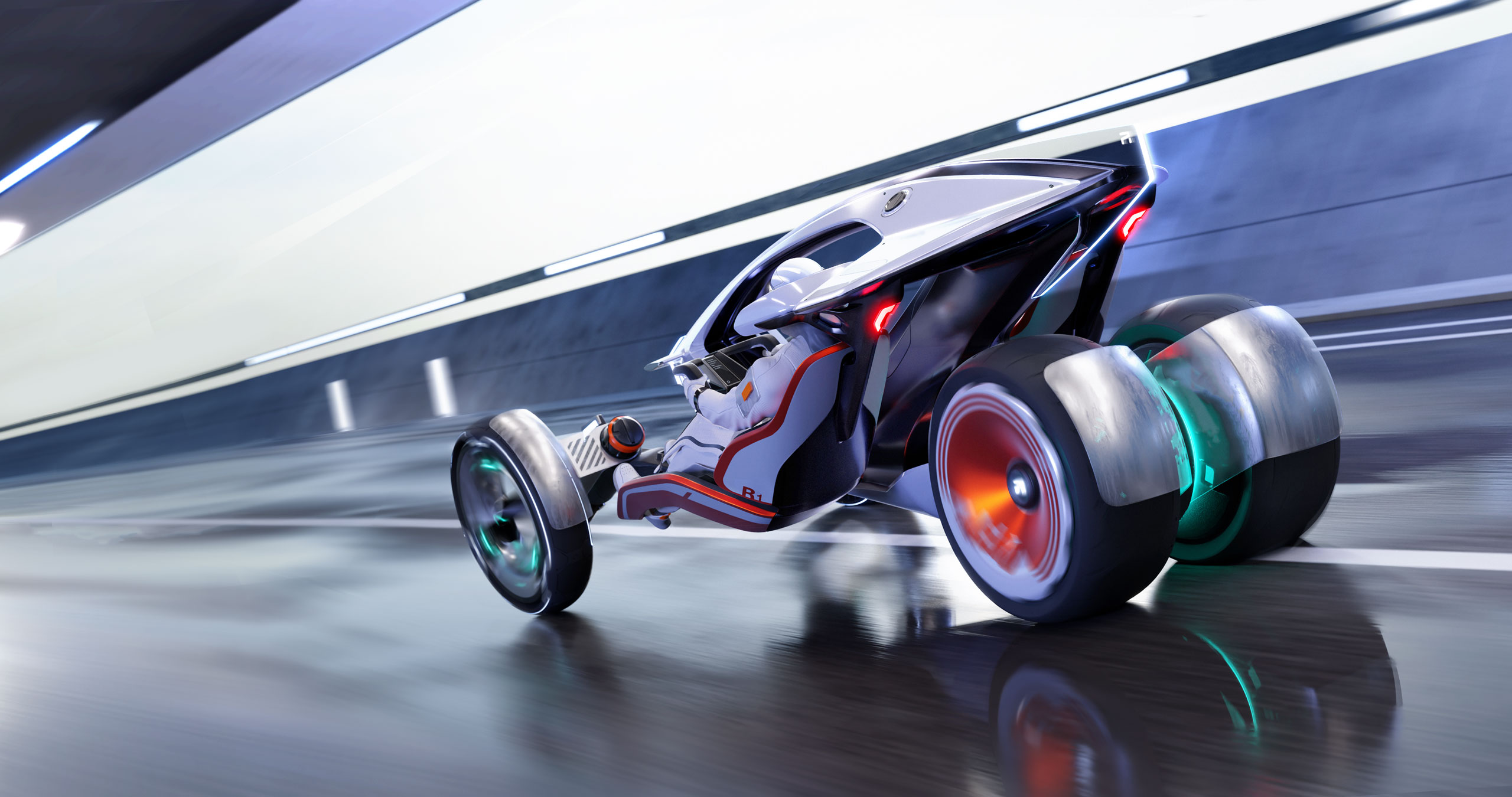 “R RYZR is an exciting and visceral vision of the future of urban travel,” said Carl Gotham. “by exploring the unconventional, it unlocks new modes of transports for the future, new experiences and new emotions.”

The concept is designed to achieve the ultimate ease of use – motorcycle agility with car-like stability, while the RYZR clothing concept means no need for an app or a key – the vehicle simply recognises the owner’s jacket instead.

“R RYZR is a useful, agile, practical, and exciting form of urban transport,” added Carl Gotham. “It combines the aesthetic of cutting-edge technical apparel and augmented reality with futurism. It’s an exploration of unconventional mode of transports for the future - new architectures, new experiences and new emotions.”
24 Sep 2021