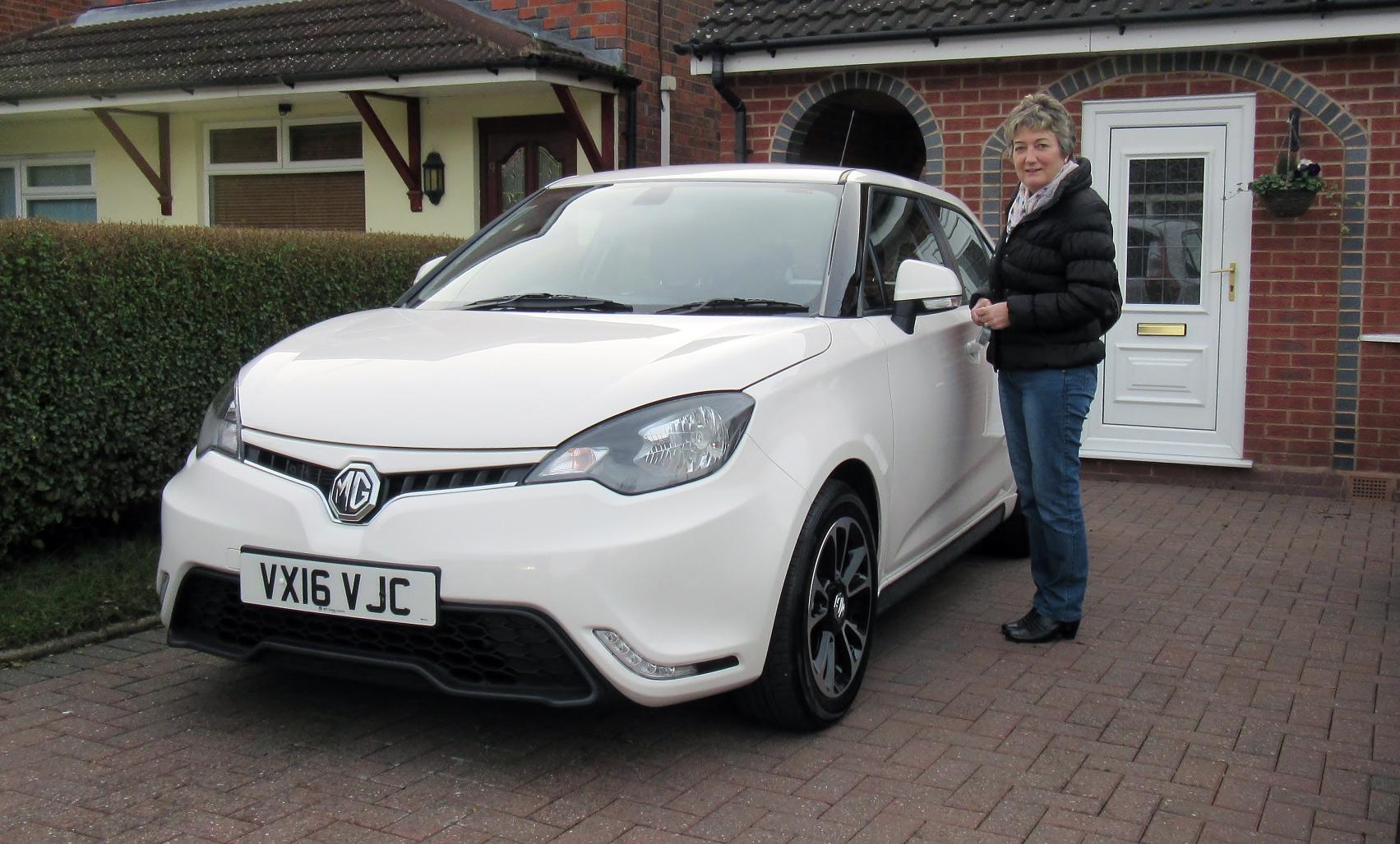 MG saw a fantastic 63% increase in new car registrations in February. Customers keen to snap up the great cars and offers resulted in another surge in sales for the manufacturer.

In February, MG registered 103 cars compared to 63 in 2015. Year-to-date, sales are already up more than 100% from last year. With the brand’s MG3 still standing out as the best-seller, a title it looks set to carry into March, MG spoke to three happy owners about their new 16 plate purchase.

After first spotting the MG3 at Birmingham Airport, Darryl and Liz Lucas were taken with the supermini. It wasn’t long before the couple decided to explore the car properly and take it for a test drive.

Darryl said: “The MG3 really is fantastic. We were so impressed with the interior space and specification you get for such little money. We decided to trade in our Peugeot and take advantage of the various deals on offer.

“My wife and I are usually quite apprehensive when looking for a new car, as you want to be sure it’s the right one, yet as soon as my wife drove it she took to it like a duck to water and hasn’t parted from it since. She’s named it Millie and disappears for hours in it! We don’t stop telling people about the MG3 and would say that anyone who doesn’t have one is missing out.”

John and Carole Betteridge are loyal customers of MG. Now onto their third MG, they’ve taken the plunge this time by going for a yellow MG3. John said: “Friends and family haven’t stopped commenting on the colour! We loved our previous MG3, so we decided to upgrade to the latest model as everything about the car is perfect and it’s the right size for the both of us.

“We’ve got some great deals as part of the purchase, including the Hilton voucher which we’re looking forward to using when we take our new car for a road trip.”

After looking around for a new car, Kath Lillis set her eyes on the MG3 and it instantly stood out. She said: “The car is fab, I love it! I can’t see myself changing to any other make or model, as everything about the MG3 great.

“The size of the car, the amount of specification you get, the cost, the way it drives – I could go on! The experience I got from the MG Sales Centre was great too and so many fantastic offers were thrown in, which makes the MG3 even better value.

“The car is so spacious, which is fantastic as it means that I can easily drive my mum and grandparents around, as well as get a wheelchair in the boot!”