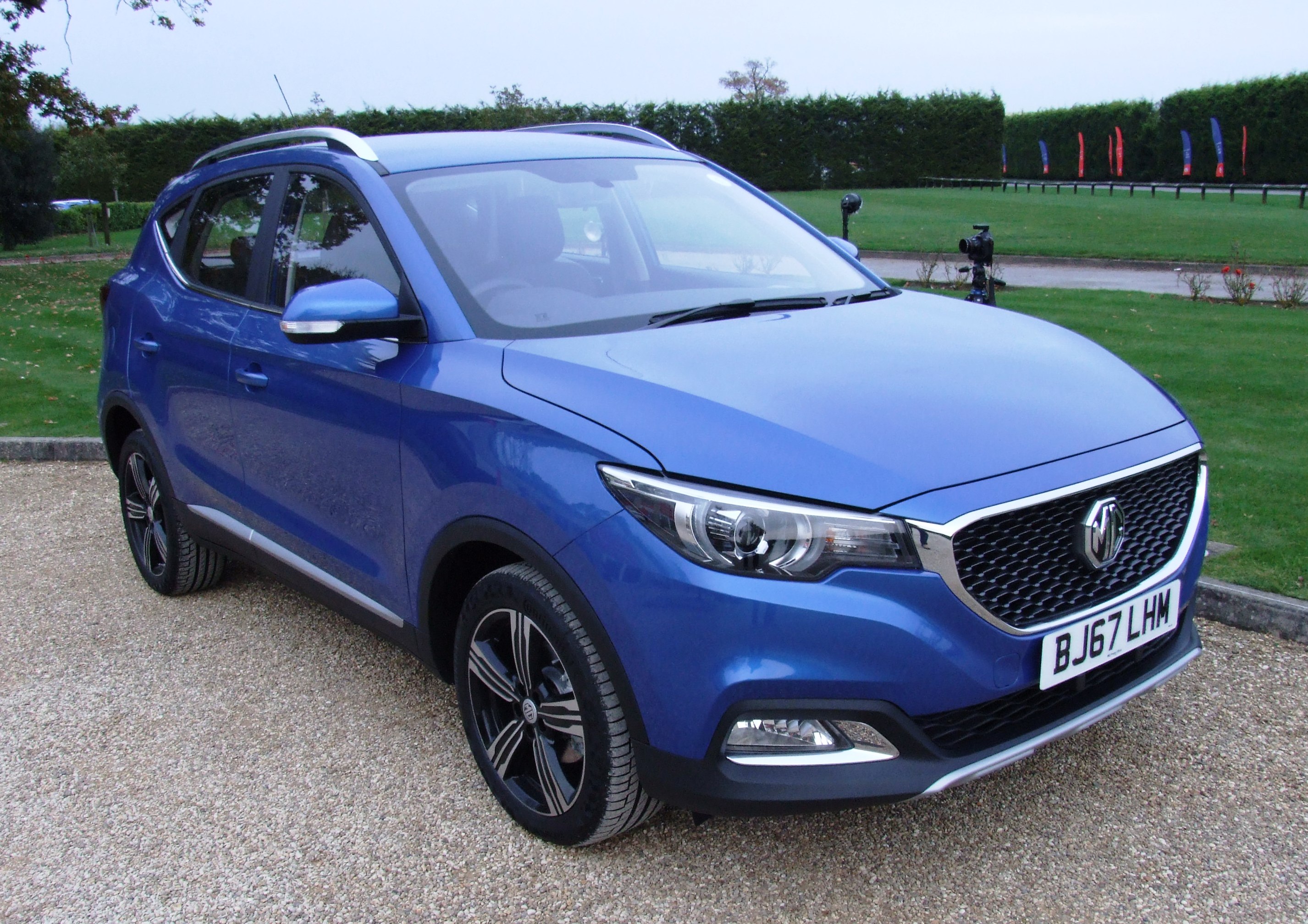 November 1st 2017 saw the new MG ZS order book open for business and whilst there has been some shifting of the name from ZS to XS back to ZS as far as the UK is concerned, now the car is here it sensibly follows the same name that is found on this model in all other world markets.   The new ZS, which of course has no connection to the MG Rover period ZS, is yet another positive step in the building of a complete range of mainstream cars under the MG brand aimed firmly at providing a competitive range of cars, and as the SUV market is red hot it follows that the ZS is and SUV and described as a Compact SUV.  Not that it is that compact as the interior space is cavernous, but not quite as big as the MG GS.

Comfort, material quality with some soft touch plastics, very good visibility out of the car and of the controls, and even the touch screen system was intuitively easy to master with no prior explanation of its functions, which really illustrates how easy this car is to quite literally jump in and drive, without the need for a day spent going through the handbook, although this does show how to enjoy the very wide range of standard functions that the ZS offers..

The ZS has been significantly honed for the UKs specific road and driving requirements and this is displayed in the way the suspension provides the driver with generally high comfort levels but then firms up and delivers satisfyingly responsive handling when you want to enjoy some twisty bits.  The steering helps considerably and one of the ZS features is driver selectable steering modes, Urban, Normal or Dynamic, and you can certainly feel the differences, with Urban providing lightest steering loads ideal for town manoeuvring, Normal or Dynamic providing heavier and slightly heavier still steering weight and feedback for the more open road driving, helped here with a superbly tactile steering wheel.

ZS models come with either a 1.5 naturally aspirated engine as seen in the MG3 with the same 106ps, but now delivering 141Nm of torque at 4500rpm, some 4Nm more at 250rpm less than the MG3 spec engine.  This is attached to a manual five speed gearbox that delivered adequate performance that frankly was much sharper than expected from extensive MG3 experience.  Clearly that recalibration of the engine has had more effect than the small on paper differences would indicate.  Interestingly the writers own long term owned MG3 initially felt as flat but once 10,000 miles had been covered the engine did noticeably sharpen up, so with ZS being sharper with less than 1000 miles leads to positive expectations when it loosens up fully.  That doesn’t mean to say the ZS has what we would see as a taditional MG performance level, that would need the turbo 1.5 from the GS to deliver that, but the performance is adequate for almost all current road conditions, although it is notably slow to pick up when returning to a previous cruising speed on the open dual carriageway once HGVs trying to overtake at 1mph speed differentials have sorted themselves out, so here dropping a cog is often needed.

A proportionately high extra £2000 is needed to specify the 1.0 litre three cylinder engine with current technology turbo and direct in cylinder injection delivering 111ps and 160Nm of torque at the significantly lower rpm of between 1800 and 4700rpm.  This more powerful engine is attached to a six speed DSG type auto gearbox where the emphasis is on higher gearing for relaxed cruising, and perhaps better economy.  This engine was smooth and silent under normal driving, but on wider throttle opening delivered the typical three pot growl that was well subdued, but still pleasantly received.  This smoothness translated throughout the whole rpm range and it was the sweeter engine, noticeably so above 5500rpm all the way to the red line.

The auto also gave better responses when in normal D mode simply from the perspective of kick down, and more so when in sport mode, so was easier to drive in many driving conditions.  Interestingly it didn’t seem to have the bite that the paper differences indicated should be present, with the near 20Nm extra peak torque delivered from 1800 to 4700rpm, but then looking at the longer gearing provided some explanation. The gearbox sport function with the manual gear selection over ride was fun on empty roads where you were dictating your progress but like the same function on MGF and TF Steptronic/Stepspeed cars this would probably soon lose its novelty factor.

Perhaps what was slightly disappointing about the 1.0 auto was the £2000 extra cost and the 44.9 mpg (144g/km) returns against the 1.5’s 49.6mpg (129g/km) returns, hence a question to Matthew Cheyne (MG’s Sales and Marketing Director), was ‘will there be a manual 1.0 turbo?’, to which he said they were looking at this and it had been a question asked before.  Indications are that the additional costs associated with this very current 1.0 turbo engine could add a significant price premium that might be difficult for buyers to accept.  However, if use of a manual gearbox with this engine more than balances the fuel economy and connected CO2 emissions deficit seen with the auto, then that would be adequate justification for having the new engine with a manual box.  .

In summary the new MG ZS is a good package before you start examining the ace cards offered in the full manufacturer’s warranty for SEVEN years or 80,000 miles, and the pricing structure that starts at £12,495 on the road, rising to £17,495 for the top spec auto before any options from the short option list are selected, so the ZS very clearly offers class leading value for money.

Full specification, options and pricing is available from MG dealers or http://mg.co.uk/mg-zs/ with a full coverage planned for January 2018 Enjoying MG