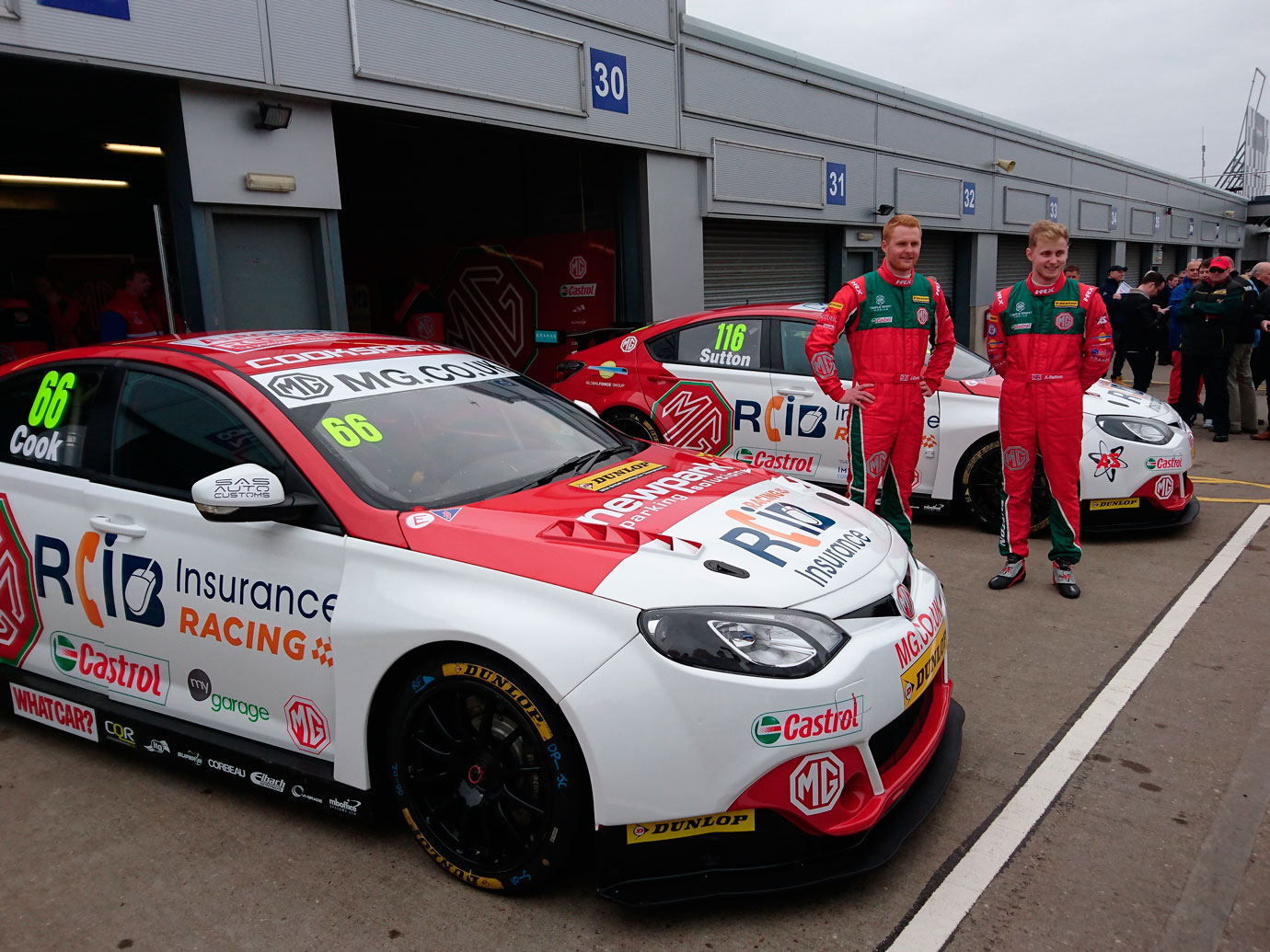 The line-up represents the largest ever full-season entry in the history of the BTCC. With all 32 TOCA BTCC Licences (TBLs) – which are required to gain entry – now in operation, series organisers also had to turn away two further proposed entries from the now capacity grid.

Eleven marques are represented on the 2016 entry list with Japanese motor sport icon Subaru entering the fray as a fully-fledged manufacturer squad. Subaru joins Honda, MG and BMW in the contest for manufacturers/constructors’ honours, whilst a host of independent outfits will also fight for teams’ glory.

An enthralling BTCC campaign went down to the wire last year as five former titleholders battled it out on the final day of the season. It was Honda’s Gordon Shedden who emerged victorious to win Britain’s most coveted motor sport prize, but this year the Scotsman and his fellow proven champions face a challenge from an ever-growing number of young contenders.

While the competitiveness and staggering diversity of cars remains unparalleled in comparable series around the world, the successes the BTCC enjoys on-track have been more than matched off-track, with a number of hugely significant partnerships confirmed in recent months.

New long-term contracts have been secured with loyal and valued partners in Dunlop and ITV, whilst two vital technical partnerships have also been awarded to the RML Group and Swindon Engines.

Dunlop continues as title sponsor and official tyre supplier until 2022, while ITV will continue to broadcast each and every race live, free-to-air and in high definition on ITV4, plus extensive highlights programmes, for the same period.

This year’s Dunlop MSA British Touring Car Championship will again comprise of 30 races across ten events at nine venues around the UK, with the season commencing at Brands Hatch on 2/3 April and concluding on the legendary Grand Prix circuit at the same venue on 1/2 October.

Gordon Shedden joined an elite group of multiple champions when he took the crown in the closing moments of the 2015 BTCC season at Brands Hatch.

The brand new Honda Civic Type R was immediately quick when it hit the track on the eve of the 2015 season. In fact, the world-renowned Type R raced in the BTCC before it was even available to buy as a road car, which added to the challenge for the Team Dynamics-run squad.

Development of the machine continued throughout its championship-winning campaign and the team has been hard at work testing during this pre-season too, so expect Shedden and team-mate Matt Neal to again be among the contenders this time around.

Arguably the biggest story over the winter was the announcement that Subaru would be joining the BTCC for the first time in its history. Team BMR is running the four-car operation and also boasts both Jason Plato and Colin Turkington in its armoury. Faced with the ‘new car’ challenge experienced by Honda last year, the team will be buoyed by its rival’s exploits in 2015 and will look to hit the ground running.

The remaining champion on the grid is Andrew Jordan, who has swapped MG for Ford machinery in 2016. Pirtek-backed Jordan will be driving the form car too, as Motorbase Performance produced some sensational results in the second half of last season, largely thanks to star driver Mat Jackson. The former BTCC runner-up is back onboard with the Kent-based squad for 2016, with many of the experts suggesting Jackson has the best chance in his career of finally winning the title.

The other manufacturer-supported squads at MG Racing RCIB Insurance and West Surrey Racing also have championship challengers in their respective ranks.

WSR’s trio of BMWs conquered all before them in the 2014 season – winning all four championships they contested – but the squad is looking to bounce back from a fast but inconsistent campaign last time around.

In Sam Tordoff and Rob Collard the GardX and JCT600-backed BMWs have two recognised winners. The former is one of a growing number of young contenders looking to turn sporadic race wins into a genuine title tilt while the latter’s racecraft and experience is well known.

The Team IHG Rewards Club BMW – also run by WSR – will be driven by Jack Goff this year. The former UK Clio Cup champion is another talent on the rise as IHG puts its faith in Goff becoming a BTCC champion of the future.

MG has taken a similar route by also investing its opportunities in two rising stars. Josh Cook won the Jack Sears Trophy for rookie drivers and emerged as one of the gems of 2015 in his maiden BTCC campaign. A hugely popular podium with Power Maxed Racing at Rockingham proved his standout moment and Cook now gets his chance with a works team. The meteoric rise of his new team-mate, Ashley Sutton, has been even greater, as the 22-year-old graduates from UK Clio Cup champion to MG driver in the blink of an eye, and will surely be one to watch in his rookie season.

The young gun theme continues with more drivers than ever graduating from BTCC support series. Adam Morgan and Aron Smith are among the BTCC race winners who progressed from the junior ranks a number of years ago while Tom Ingram and Aiden Moffat will be looking to reach the top step of the podium after their rostrum exploits in 2015.

Rookies Michael Epps and Chris Smiley plan to establish themselves in the BTCC having now progressed to Britain’s premier motor sport series. They will join a list of six drivers contesting this year’s Jack Sears Trophy.

Rob Austin is among those who will be looking to string an outright championship challenge together while James Cole and Andy Neate will hope to make the most of their manufacturer-backed drives with Subaru and Honda respectively.

The entry list was completed with today’s announcement that TV star and Porsche GT3 Cup Challenge race-winner Kelvin Fletcher will be joining Power Maxed Racing in its second Chevrolet Cruze, and the arrival of BKR with its new two-car team ensures the popular VW CC and Aron Smith return to the grid. Debutant Mark Howard joins BKR as Smith’s team-mate.