UK MOT EXEMPTION TO BE EXTENDED 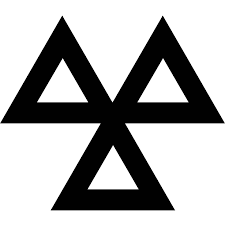 UK MOT exemption to be extended in May 2018

In the March 2017 issue of Enjoying MG magazine we reported on the Government consultation on the subject of extending the exemption from the annual MOT test from the current pre-1960 cars to cars that are over 40 years of age.  It was pointed out that EC legislation dictated that there had to be some change to existing UK legislation that must be enacted before spring 2018, which is before the UK leaves the EU.  The Government proposed five options to comply and their favoured option was a 40 year (rolling) exemption from the annual MOT.  We promised to bring any developments as soon as we knew, and here it is with extracts from the Governments draft guidance document...

“On 14th September 2017 the Government published their response and they confirmed most vehicles first registered over 40 years ago will as of 20 May 2018 be exempt from periodic testing, unless they have been substantially changed.”   See https://www.gov.uk/government/uploads/system/uploads/attachment_data/file/644962/vehicles-of-historical-interest-substantial-change-guidance.pdf

So for most MGs over 40 years of age; and this is a rolling status like the Historic tax status; this means that there will after 20th May 2018 be no requirement for the car to have a valid MOT before it can be taxed and legally driven, although the car must still comply with all current road traffic legislation.

There is one caveat mentioned in that Government statement, and it is, ‘unless they have been substantially changed’.  Whilst there will have to be some more detailed information in due course, at this time this is explained in the following…

“The criteria for substantial change

A vehicle will be considered to have been substantially changed (and hence not to have been historically preserved or maintained in its original state and to have undergone substantial changes in the technical characteristics of its main components) if it meets one of the following criteria. Such vehicles will not be considered of historical interest and will be continue to be subject to vehicle testing.

If a vehicle has a power to weight ratio of more than 15% in excess of its original design, unless such a modification took place before 1988.

1, has been issued with a registration number with a ‘Q’ prefix; or
2, is a kit car assembled from components from different makes and model of vehicle; or
3, is a reconstructed classic vehicle as defined by DVLA guidance; or
4, is a kit conversion, where a kit of new parts is added to an existing vehicle, or old parts are added to a kit of a manufactured body, chassis or monocoque bodyshell changing the general appearance of the vehicle. “

For our MGs I see Criterion 1 causing the biggest problem, especially for MGB V8 conversions unless they have been done before 1988.  This because even taking the original highest quoted power figures for an MGB with the original B series engine of 95bhp, and then taking the clearly minimal power output for any V8 seen in an MGB, using the 3.5 litre MGB GTV8 at 137bhp, and using an average kerbside quoted weight of 1050kgs results in a power to weight calculation of 90 and 130 bhp per tonne respectively and that is a rise of over 44%.  No matter how we could dress this up it will always exceed the stated 15% ceiling.

More detail is needed than this ‘draft guidance’ document provides, but at face value this seems to indicate that MG V8 conversions and other high power conversions such as supercharged engines and modern engine conversions are going to keep these cars from being eligible for this exemption.  However, the consequence of not qualifying is that the current annual requirement for testing remains valid for these cars, but what we have to be mindful and vigilant of is whether this definition creeps into the historic status definition, which could mean that these conversions done on 1977 to 1980 MGBs would exclude these cars from gaining historic status as well, or worse with perhaps  this being retrospectively applied to cars converted from 1988 and which are already classified as Historic.

It is interesting to note that the Government received a total of 2217 responses to the consultation and over half supported continued annual or new biennial testing for 40 year old vehicles, as MGOC did, but the Government chose to reject this majority by commenting, “We consider the element of risk arising from taking vehicles over 40 years old out of the testing regime is small. The option for owners to submit their vehicles to a voluntary MOT test will remain and they will still, like all vehicle owners, need to ensure that they meet the legal requirement of keeping their vehicle in a roadworthy condition at all time.”