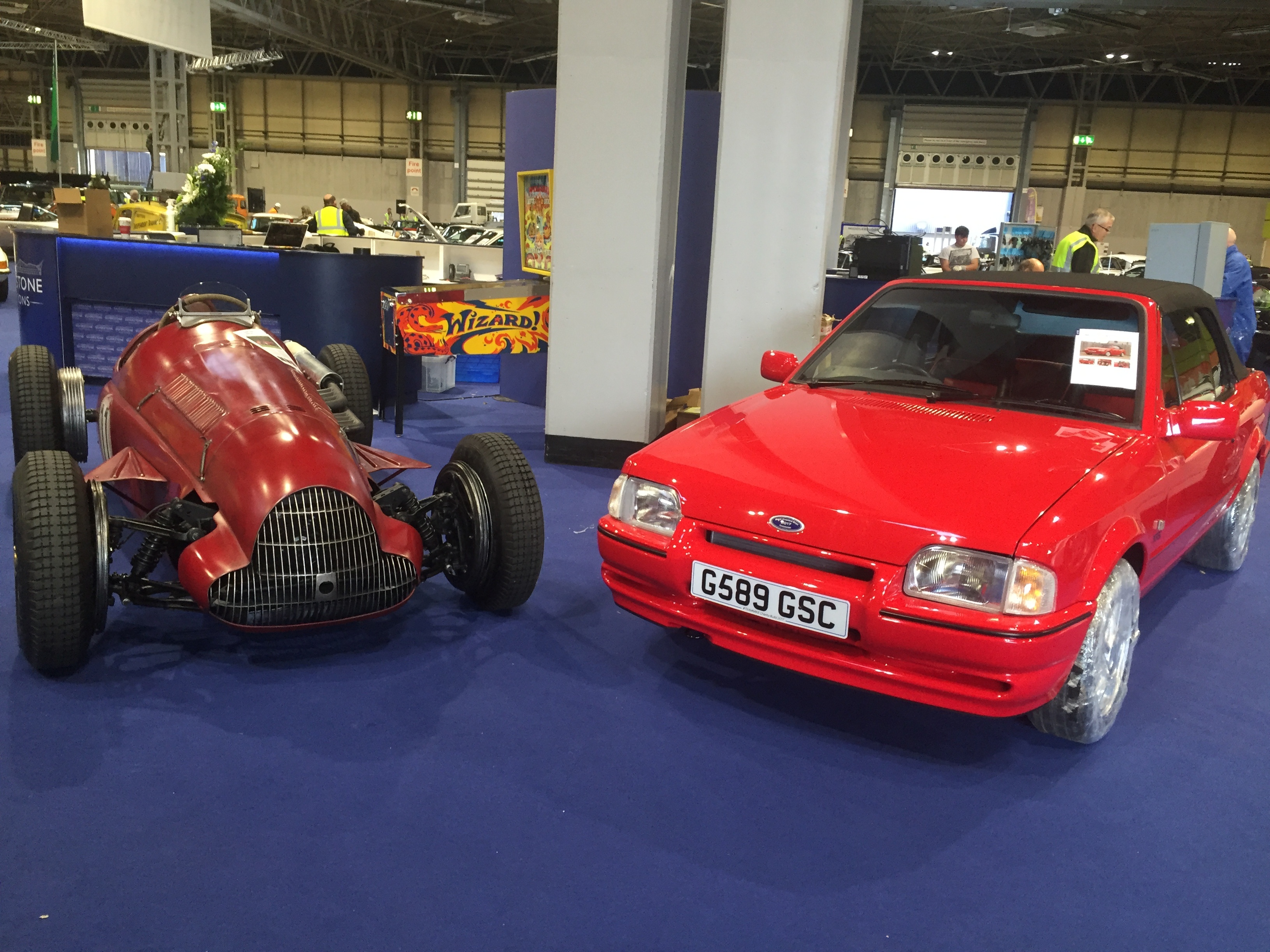 Lancaster Insurance has announced it’s raised a whopping £45,000 for charity at the Lancaster Insurance Classic Motor Show with Discovery, with Ant Anstead and Mike Brewer coming in at a nail biting draw in the #ClassicRumble’s showdown through Silverstone Auction! The bell was rung and the gloves came off when the two fantastic cars went under the hammer to a packed audience at the world famous auction with both cars coming in at an unbelievable price of £22,500 respectively.

The classic car insurance specialist threw down the ‘gauntlet’ to Mike and Ant, earlier this year, challenging them to a charity restoration project, pitted against each other at auction. Mike’s restored 1989 XR3i is benefitting Marie Crawford Boyd Foundation and Ant’s built from scratch 1950s inspired Grand Prix racer is benefitting Harrison’s Fund! At the auctions, Silverstone kindly waivered their fee, meaning both raised £22,500 for their respective charities with Mike Brewer topping up the pot for Marie Crawford Boyd Foundation, making the total a whopping £27,500!

Andrew Evanson, Senior Operations Manager for Lancaster Insurance, comments: “This ‘Classic Car Showdown of the Year’ was all about raising vital funds and awareness for two incredibly worthwhile organisations. Many congratulations to Wheeler Dealers, Mike and Ant on a fantastic year. Expertly guided by the boys, their respective teams have done an amazing job in getting these cars ready for auction and we’re absolutely thrilled with the outcome - a huge thank you to all involved. It may have been a draw but the real winners were the charities which is simply priceless”

Mike Brewer comments: “What a result - the auction was absolutely fantastic, the room literally lit up when the bidding was taking place! I’m beyond thrilled with the result and the money we’ve raised for Marie Crawford Boyd Foundation to help them with their fantastic work. I would like to say a huge thank you to Lancaster Insurance as well as the classic car community as a whole for getting behind me and #TeamMike and supporting the project as a whole - it’s been incredible”.

Ant Anstead comments: “When I first had the vision of building the racer, I knew that it was going to be special and I’m over the moon that the car has helped raise awareness and funds for Harrison’s Fund - a charity very close to my heart! The result was unbelievable and like Mike, I’d like to thank absolutely everyone that has been a part of the project and supported #TeamAnt. Our classic car community is a special one and this is a project I’m proud to be a part of!”