THE YOUNG GUNS OF MG 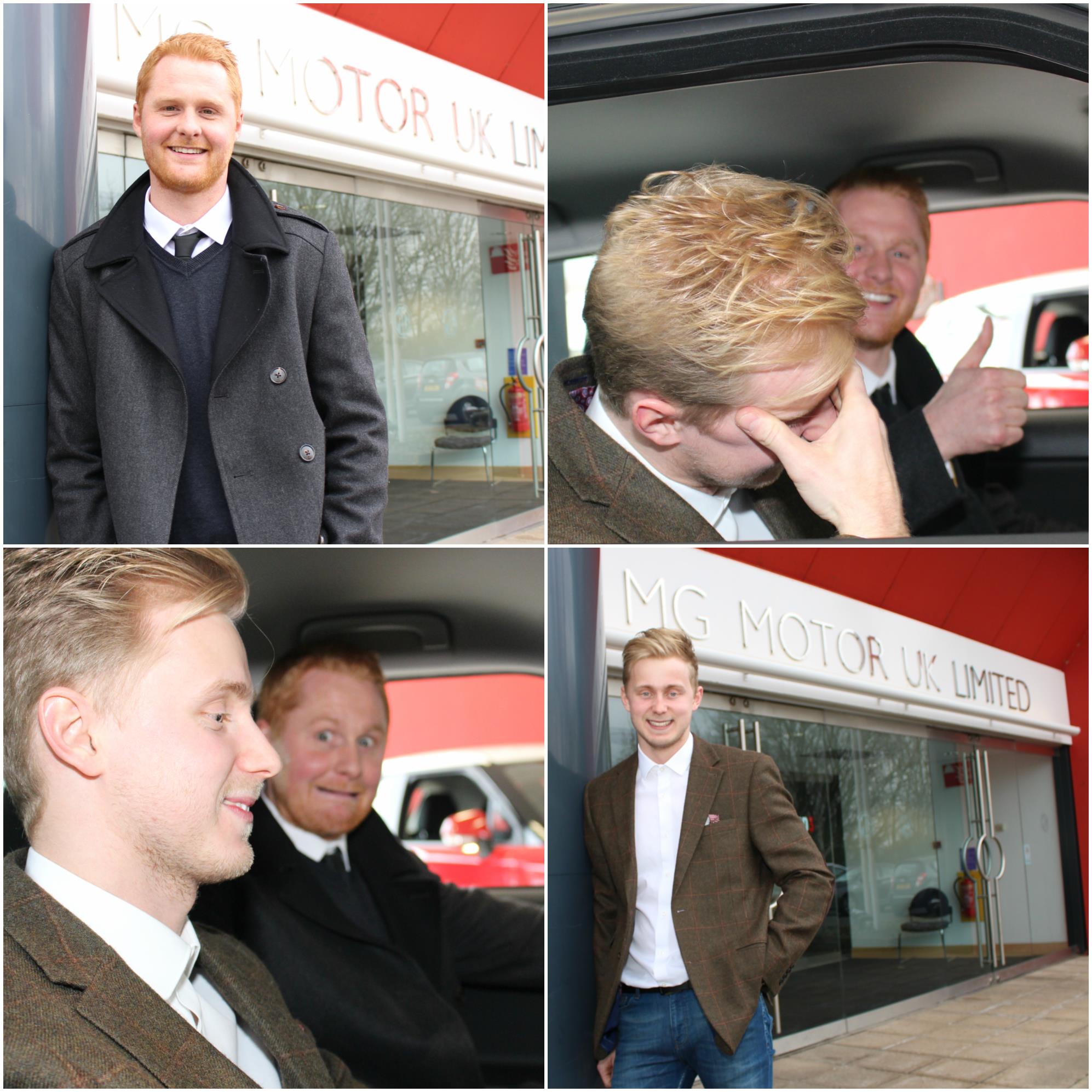 The cars are on the grid and engines are revving in anticipation for the moment the lights change. When the green light appears, the adrenaline-rush ramps up to the next level as the drivers in the Dunlop MSA British Touring Car Championship speed off to battle it out for that race win.

Next week, the BTCC season gets underway at the annual series media day. With new drivers in the MG Triple Eight team, MG decided to have a chat to them both about their hunger to win, pre-race rituals and what is already a budding ‘bromance’.

BTCC newcomer and Clio Cup Champion, Ashley Sutton, has a real go-getting attitude. Everything he puts his mind to is done with 110% and a goal is always in place. “I aim high, sometimes higher than I think is possible, so that I push myself and know that I’m doing the best I can do.

“When I started racing in the Clio Cup it was my main aim to win the graduate programme. Once I’d done this, my next goal was to push for the whole championship. It was incredible to have achieved all of that in one year and I’m hoping to do the same in the BTCC. Josh Cook, my new team mate, won the Jack Sears Trophy and I’m aiming to win that in my first season too. It only seems right for it be passed onto a team mate! I’m also hoping to push myself up the overall championship, score some good points and get a podium spot too.”

Last season’s rookie winner, Josh Cook, is raring to go and get stuck into racing after what he describes as a long winter. “I can’t wait to build on what I started last year and work with my new team to see what we can achieve this time around. I felt like I learnt a lot in my first season, and securing a podium place was great. I’m definitely hoping for more of those. It’s all about hard work now though; I only celebrated briefly, when I found out I’d be joining the MG Triple Eight team, before I got straight back into race mode. You certainly don’t want to be out on the track just to make the numbers up.”

Both Josh and Ashley are honoured to be racing for a team like MG. Josh said: “To be associated with a brand like MG, particularly when it has such heritage, is a real honour. We’re both really looking forward to being part of this great team, especially when it comes with a large amount of support from MG enthusiasts.”

With only a few weeks until the first round, at Ashley’s home circuit Brands Hatch, the anticipation will continue to build as the duo prepare themselves.

Ashley enjoys getting outside to clear his mind ahead of a race weekend. “I try and have a day off so I can chill out, let my brain relax and get it into another mode. I think carefully about my strategy and plan the track as much as I can. There’s definitely more to it than just getting in the car and pushing a few pedals!”

Josh agrees: “There’s always a lot going on at a touring car weekend, it’s just as busy off the track as it is on. It can be a difficult task to separate yourself from all that and it was something that took me some time to do. I always make sure that I take myself away for 20 minutes before the race starts to sit down with my engineer and recap our strategy. It also allows me to have some head space and get in the zone.”

It’s not all about strategy though. The lads both have rituals they like to carry out before a race. “I have to get into my car in a particular way”, adds Josh. “Some drivers put their helmet on then get in the car. I like to mix things up a bit by getting in the car, then putting my helmet on. I also like to do my belt up myself, rather than have one of the team do it. Don’t ask me why, it’s just what I’ve always done!”

Ashley opts for more of a good luck charm. “Roadrunner. Yeah, he’s my lucky charm. Every time he’s been on, or in, my car, I’ve won the championship so he’ll definitely be coming with me for the ride!”

With both drivers coming from a karting background and being young champions from the Clio Cup series, they’re already getting on well. “I’m really looking forward to working with Josh”, says Ashley. “We’ve got great chemistry already and there’s definitely a bit of a bromance going on!”

But it’s also a competition and as both Ashley and Josh sit waiting for those lights to change and their blood is pumping, eager to collect some good points, it’s every man for himself.